Excerpt from    Beauty of Fear

BEAUTY OF FEAR on Amazon 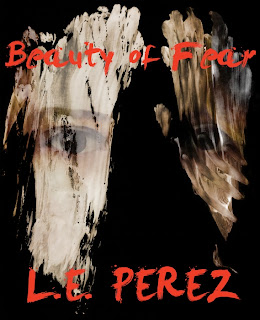 
Awareness came slowly, harshly, as the salty taste of her tears invaded her senses.  She could feel wetness on her arm from the blood that dripped steadily from a deep cut on her shoulder.   She tried to clear her head by moving it side to side only to have the world tilt around her.  She wasn’t sure where she was, or even how much time had passed since she had been taken.  A whimper escaped her at the thought.  The only thing she could be sure of was who she was, Marie.  She tasted the tears mixing with the grime caked on her face and felt an overwhelming thirst.  She couldn’t remember having a drink of anything since before he grabbed her.  Listening for any sound of movement she hesitated before trying to move further, fear controlling her heart and soul.  Silence...she knew that at least for now, she was alone.