I did it.  Editing is primarily done, wrapping up loose ends in the storyline, done.  Teaching myself to coonvert, format and prepare for upload to Amazon.  Then I got to the synopsis...Holy Smokes...Didn't really have one that was cohesive..Do now... 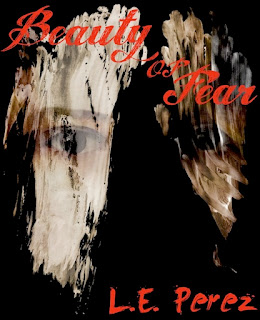 The First One died to pique her interest,
The Second to touch her soul.
The Third One died to steal her peace,
The Fourth makes Fear, his goal.
Violence often leaves a stain on your soul, and the fear that accompanies that violence can never be removed. It can be hidden, shadowed, and put away, but throw in just the right set of circumstances and it will blossom once again.
Leigh Ramirez has been through a lot in her short life, an abusive husband, raising two kids on her own, and two near death experiences on the job. All she wants now is to get back to a sense of normalcy in her life and at work and try to move on from all that’s happened to her. It had been her decision to leave police work and put that life behind her, but when a young girl is found dead in a local park with her business card in hand, Leigh is lured back into the world she left behind. As young women continue to turn up dead, their resemblance to Leigh is lost on no one, least of all Leigh. Her friends try to protect her, but Leigh refuses to go into hiding and is forced to face her greatest fear.
Does it work?  Well, its what I got.  Looking at uploading no later than December 21st.  Yup, Doomsday!  Why Not?  It may be earlier, who knows. Regardless I am already at work on the sequel and a YA story involving time travel.   Way to much going on in my head...
Oh yeah, did I forget copyrighting? And we're going through some very rough family stuff right now...Sigh, if not for this I probably would have gone a bit cuckoo by now.
Anyway I look forward to my final updates and participating in the next ROW80!