What a Wonderful Wednesday!!! ROW80 Check in time! 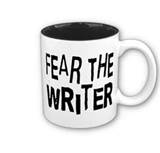 Plodding along on this lovely Wednesday morn...My goals remain...I will publish this b**** before the end of the year.  Any questions?

Actually I have some, for you all.  My mind tend to go everywhere when I write and I often skip from one chapter/thought to another.  This is good and bad.  Anyway, I have managed to send some of  my stuff out to some beta readers to bloody up my work as it were and I am so happy I did.  I didn't realize how repetitive I was in some places.  Being aware of it now, I am overall more aware of it for the entire manuscript which is wonderful!  Makes me think it through, say it aloud, make sure it flows.

So with some of the recommendations I've been given (Thank you betas), my prologue/intro chapter has changed a bit...the feel of it has at least.  On this blog under the Books-soon tab (http://www.leperez.com/p/books.html)I have the original prologue.  I compared it to the new one and found myself enjoying it more.  I just wonder if its just me...

So now that I've rambled on enough my question to you all is this...Would you be willing to read the original prologue and compare it to the new?

Or, would you at least be willling to read the new prologue and provide a bit of feedback?  Here it is:


Awareness came slowly, harshly, as the salty taste of her tears invaded her senses. She could feel wetness on her arm from the blood that dripped steadily from a deep cut on her shoulder. She tried to clear her head by moving it side to side only to have the world tilt around her. She wasn't sure where she was, or even how much time had passed since she had been taken. A whimper escaped her at the thought. The only thing she could be sure of was who she was, Marie. She tasted the tears mixing with the grime caked on her face and felt an overwhelming thirst. She couldn't remember having a drink of anything since before he grabbed her. Listening for any sound of movement she hesitated before trying to move further, fear controlling her heart and soul. Silence...she knew that at least for now, she was alone.
Her body ached terribly, and when she did move her senses were assaulted by the smell of him. She could still smell him on her, on her clothes making her wonder just how much time had passed. The smell of his sweet cologne and stale body odor had made her gag when she had struggled against him. God knows she had fought him, but physically and mentally she was exhausted. Pulling at her restraints she knew for certain that at one point she had even managed to kick him where she knew it
should have hurt. He had taken her by force, refusing to let her go no matter how hard she fought. After taking what he wanted, he had walked away briefly before viciously paying her back for kicking him. His response had been brutal and unforgiving.

The first blow had knocked her head into the ground stunning her. The kick to her side had enveloped her in a wave of pain that crashed again and again like breakers on the shore, hitting her ribs as he continued to strike at her. As her consciousness had begun to fade, the beating had become almost
bearable, until there had been nothing but the invitation of darkness. Now, waking, with her legs and hands duct-taped together, she could barely move and her breath came in shallow gasps as the damage to her ribs threatened to rob what littleair she had left. The gag in her mouth was suffocating and uncomfortable but seemed to have been placed as an afterthought, her tongue easily pushing it out. Marie knew in her heart she wouldn't be suffering for very much longer.


Bucking and fighting violently against the restraints, Marie fought to live with renewed strength trying desperately to avoid the blade that she knew was meant to end her life.


Marie felt the first slice on her right arm. A white hot fire spread down her shoulder as the blood now flowing freely mingled with the blood from an earlier cut. She screamed at him as she fought to get away but no one heard her, no one came. Her mind filled with thoughts of her parents and little sister
and how she wished she could have said goodbye. Instead her last memory of them was of a brief dinner before she went out to a party, a party she never made it to. A party she wished she had never left home to go to. With each slice of the blade, Marie felt herself slowing. Her breath came in shallow gasping breaths, and with a whispered "why?" she felt her limbs grow heavy until at last there was no pain, no feeling, only a deep peace and eternal darkness.


With a satisfied grunt he wiped the sweat beading on his forehead with his sleeve, and cut the tape from around her wrists with his knife before carefully positioning her arms.

"Stupid bitch had put up a fight."
He hadn't realized how much of a fight until he had placed her body in the trunk of his car. Now, after pulling her from the trunk of his car and walking the short way into the woods where he planned to leave her body to be found, he was not happyto find himself out of breath.

Pulling a rosary out of his pocket, he put it in her right hand, and gazed lovingly down at her. She really was a beautiful girl, even now. He wiped the blade of the knife on his pants leg and licked it clean before putting it away in the special holster he had made for it. He took care of what belonged to him, always. Sadly, he looked at the swelling on her face and the bruises on her naked body, wishing she hadn't fought him so hard. It would have been easier, for both of them. He finished positioning her and reached for his final accessory, an invitation of sorts, which he put in her left hand.

Stepping back to admire his work, he couldn't help but smile, what he had started here could have only one end. It was up to him to make it happen, no one else, and until he could make her his, he would find his release in other ways, as he had with the beautiful Marie. The pose he had placed her in was reminiscent of a scene he had acted out once before with his love, an act he wanted to repeat. Looking at the rosary, he wondered if she would remember the meaning it had for them or
why he had used this particular color rosary. It had been a long time though maybe she had forgotten him.
"No!" the anger that welled up inside of him at the thought overwhelmed his calm at what he had accomplished.
Taking a deep breath he was determined that she would remember. She would remember him, as he had never forgotten her. The years, the distance, the love, they were all real and it was up to him to insure that love, his love won out over everything else.
Smiling at the card he had placed in Marie's other hand, he knew the fear that finding it would invoke, as well as the curiosity it would create, and he relished the power he was feeling as he was walked away from such a wonderful encounter.
The card said it all, it was an invitation that she was sure to accept. Being who she was, she could do nothing less.
He brushed himself off and nonchalantly walked away from his work. Whistling to himself, he figured Marie would be found within a day or two and then she would be told of the "invitation" he had left for her. Chuckling to himself he could feel his core warming at the thought of possessing her. She would be his again, one way or another. 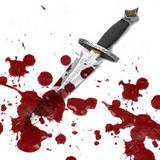